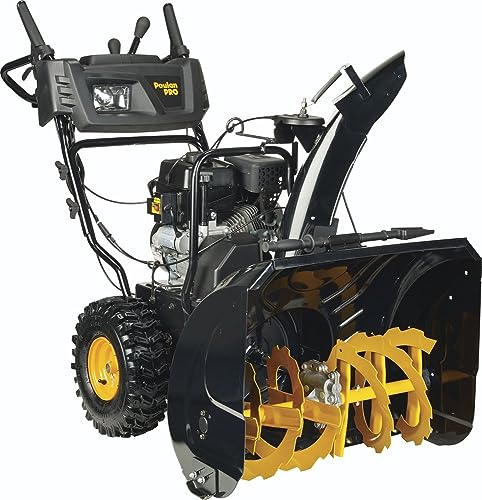 Poulan has been producing outdoor power equipment for over seven decades.  Consumers have come to depend on the quality of Poulan-branded products. Our products are made by Americans in our factories in Georgia, Tennesse, Arkansas, and South Carolina. Poulan brand products can be bought both in stores and at online retailers throughout the United State and Canada.

Poulan’s beginings can be traced back to 1946 when the Poulan Saw Co. was founded in Lousiana. Claude Poulan was an experienced lumberjack that saw a need in the market for a product. The business began by making two-man chainsaws. The commitment to quality led to Poulan becoming a respected brand for professional U.S. loggers. In the 1950’s the company released their first one-man chainsaws. Over the next ten years, Poulan expanded to product range to meet the needs of consumers along side those of the professional lumberjack. Poulan was one of the first chainsaw brands to recognize what features homeowners demanded in their saws.

Poulan’s revenues climbed steadily, and proceeded to start the introduction of lightweight yet exceptionally durable saws into the 1970s. The prices and value for your money increased the level of the Poulan brand in the minds of consumers and professionals alike. From the late 1970s, high quality string trimmers were added to the product lineup, followed by lawnmowers later in the 20th century.

Poulan was purchased by European conglomerate Electrolux in 1986.  In 2006, Electrolux decided to spin-off the Husqvarna Group – and sent Poulan Pro with them.   This means Poulan today is actually a brand of Husqvarna – though the brands have differing-dictates on quality, designs, and marketing.  Since Husqvarna also has a loyal and fanatical following with the professional logging community, it’s a good fit.